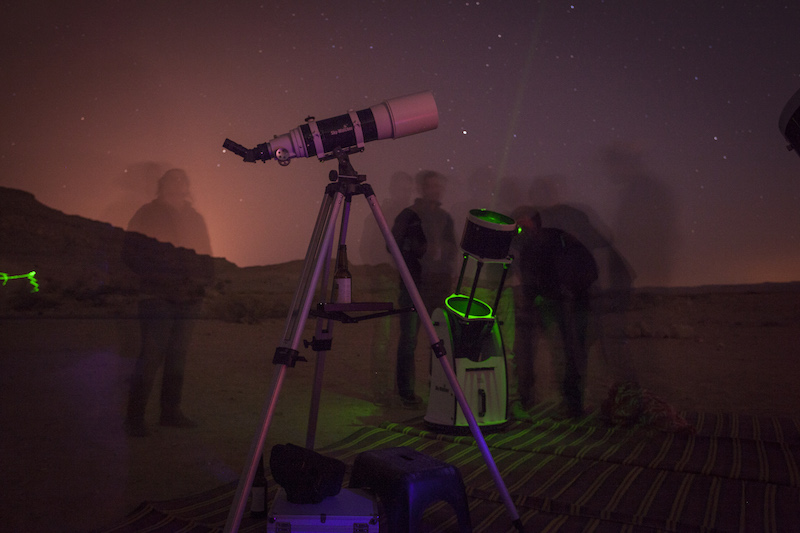 The Perseids meteor shower – named for the Perseus constellation – reaches its peak in the first half of August.  It is among the most popular meteor showers, both because of its vibrant rhythm and its occurrence in the summer, when the weather is stable and hardly any clouds are seen in the sky.

Many events meteor sighting and stargazing events are planned in Yeruham and the region together with the local council, Yeruham community center, KKL and, of course, the many tourists, including the Astronomy Society established in Yeruham three years ago – “Star Songs”.  It is no longer necessarily to travel far south to enjoy a star-filled sky.  Just a short ride to the Eastern Negev and the sky will twinkle with magic that you will not forget – at least until August 2019.

2018 or, if you will, the summer of 2018 is paradise for astronomy buffs because the Perseids shower is intended to peak in a moonless sky (around the beginning of Elul), allowing those wishing upon a star to enjoy the fiery trails crossing the sky against the magnificent Milky Way.  But that is just one reason for you to put the sky into your vacation plans this summer.  This year, the constellations will be impressively aligned in the sky – Venus, Jupiter, Saturn, Mars – and introducing amazing visions seen through telescopes.

The term Meteor is derived of the Greek words Meta (above, beyond) and Ora (air), meaning something that floats in the air.